As the ongoing situation in the world after the Coronavirus outbreak,  foreigner players are returning back to their homes and local players will play the remaining matches of PSL-V and most of the Multan Sultan and Zalmi’s players are local.

Multan Sultan still on the top with 14 points while Zalmi is dependent on Karachi and Multan to qualify for playoffs.

Multan sultan lost their first wicket in the powerplay and at the score of 32 Rohail Nazir gone over Rahat Ali’s ball.

Zeeshan Ashraf provided a spark and a winning platform for Multan.

Left-hander Zeeshan Ashraf played brilliant innings and scored his half-century off 35 balls and helped Multan to confidently set the target of 155.

Rahat Ali strikes again in 12th over and took two wickets in an over, first, he sent back Zeeshan to the pavilion and then on the next ball he took the wicket of Moeen Ali. Moeen Ali went over a duck.

The downfall of wickets has started for Multan and within the two overs, three batsmen were sent back to the pavilion.

After Zeeshan Ashraf, Khushdil played a good inning for Multan a scored 30 off 20 balls and Multan ends up with 154 for 6 in twenty overs.

Peshawar Zalmi’s start was not so impressive as they lost Kamran Akmal’s wicket in the very first over of Muhammad Irfan at the score of 3 only.

Zalmi with 8 runs on the board with the loss of two wickets that too in just three overs.

Umar Ameen scored 29 off 23 balls and Moeen Ali bowled him when Zalmi was on 56 in nine overs.

Imam Ul Haq completes his 5th HBL PSL half-century and 15th in the T20 format and because of his innings and partnership with Malik Zalmi were in control of the run chase.

Imam scored played superbly and scored 56 of 40. Haider Ali came but scored just one score and Sohaib Malik gone for 30 off 25 balls.

Sohail Tanveer was brilliant with the ball and took

Ali Shafiq was given the chance to defend 15 runs in final over but Ali lost his cool by bowling two no-balls and one no-ball was top-edged over the wicketkeeper conceding a four.

Player of the Match

Zeeshan Ashraf declared as player of the match for his blistering innings which provided a winning platform to Multan Sultan.

Multan Sultan is still on top of the table while Peshwar Zalmi is dependent on other team’s results to qualify for the playoffs. Zamlmi needs Karachi Kings to beat Islamabad United on Saturday or Multan to beat Lahore Qalandars on Sunday in order to guarantee that neither Islamabad United nor Lahore pushes them out of the play-off positions from third into fifth place on the points table. 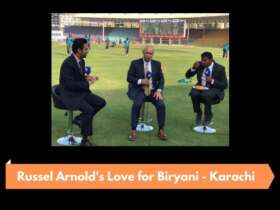