Faryal Mehmood is one of the mainstream drama actors in Pakistan. Her usual roles in the dramas have portrayed a rather traditional version of a Muslim Asian girl. This is where the expectations come in. Those who do not know about the real life of these actors, they tend to lose their temper when they actually come across it.

Something similar has been happening with a lot of Pakistani actors and actresses in the past. I would say Faryal Mehmood is not new to this either.

It was her latest Birthday Photoshoot that has sparked a debate on social media. The usual critics are conventionally talking about her dressing not being a true representation of her relegion and nationality. The other, though very few, are of the opinion that it is Faryal Mehmood’s personal matter.

Have a look at some of these pictures to see if you are among the critics or the others.

Faryal Mehmood has recently worked in super hit drama serial Raqeeb Se has also worked in Gustakh just before that. Head over to her Instagram to see more.

We have seen growing extremism in the country, though, I do not recommend public figures to completely set the traditions aside, but I do not support public discussions on anyone character either. We have to be more patient towards others.

We have also seen that some religious extremists have surfaced out of nowhere and have been dictating a lot of stuff around the country. This is what happens when you support the wrong guys. I would urge all my readers to go out there and spread positivity. No one is going to change their dressing just because a few people would come and abuse in the comments.

What are your thoughts though? Do let us know in the comments below. 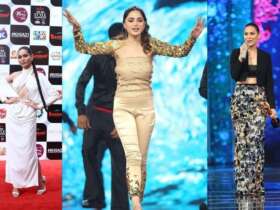 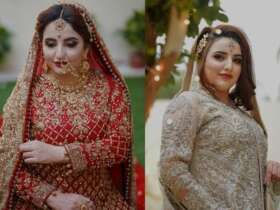 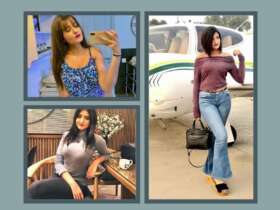