The government revealed that the telethon raised funds worth more than Rs550 million and this brought the total fund to more than 2.76 billion.

The Ehsaas telethon was held at the PM house Islamabad with renowned journalists.

Motivational speaker Muniba Mazari and Shiffa Yousafzai hosted the Ehsaas telethon transmission. Muniba Mazari encouraged people to donate for the noble cause and help those in need during the epidemic.

Speaking about the coronavirus, the prime minister said that the entire nation will have to take part in the fight against coronavirus.

“No single government can battle the pandemic. The entire nation needs to join hands to fight this virus, keeping in mind the times that are ahead,”

He further said the virus spreads at a very fast rate. There have been viruses before and people have been infected but this is unique.

PM Khan urged the people of Pakistan to adopt safety precautions against the deadly coronavirus.

He said the initiative is based on merit and is totally computerized.

He said he is much proud of the program and applauded Dr. Sania Nishtar for playing a key role in assuring that it became a success.

“The most amount of cash has been distributed in Sindh because there is more poverty than any other province.

In Sindh, our party is not in power and this was reflective of the program’s transparency.

The country will have to move towards a smart lockdown

The PM said that the country will have to move towards a “smart lockdown” as stability had to collide between keeping people safe from coronavirus and ensuring the coronavirus does not spread too much.

He gave the example of the US where more than 40 thousand people have died till now.

And the US government is moving towards reopening shops and businesses.

He said “No one knows for how long this situation will last,”

The Prime Minister’s Relief Fund will be used to support people who are suffering until their businesses are closed, he added.

“I spoke to Trump on the telephone. Even he is much worried about the economy collapsing, despite their resources. Everyone agrees it is shaky and unsustainable,”

In response to a question, he said I faced criticism due to the decision I took to refrain from ordering a complete lockdown.

That decision was made keeping in the mind the country’s elite.

He asked critics to go to the impoverished areas of the country and visit Kachi Abbadis to see the living conditions of needy people.

If the virus spreads in slums, it will not stay there only it will spread to posh areas too.

PM Khan responded to the doctors’ press conference from yesterday, saying that their concerns are valid but lockdown could not be continued in the long term.

We are a responsible nation, shouldn’t the people act responsibly?

When I am asking them to pray at home, I am not asking for myself, it is understood that you go out to pray, there will be a risk of getting the infection.

In response to a question about whether he planned to work with the opposition to collect funds for the pandemic.

He laughed and responded cheekily: I am afraid if I join hands with the opposition and include them in this fundraising the donation will drop.

To work with the political rivals and opposition is only possible if they bring back the billions of rupees from abroad to Pakistan.

At the end of the telethon, the famous religious scholar Maulana Tariq Jameel prayed for the well-being of the country. He urged Allah to forgive mankind’s sins and help humans in this pandemic. 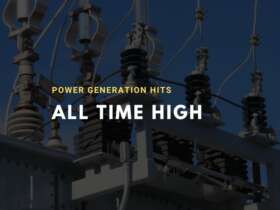 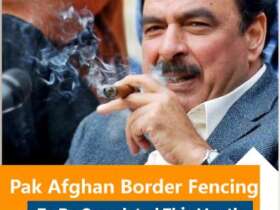