It has been reported that five students of the relegio-political party Jamiat Tulaba Islam were kidnapped by the Lisani Council of the Quaed-e-Azam University Islamabad. As controversial as it sounds, the students are actually missing and are allegedly held and tortured in the university hostels.

Twitter is blazing with trends to represent what happened in the university a day ago. There are numerous posts that side with either party. We have people who believe that JTI students were involved in activities that were against university rules and regulations, we also have people who do not favor these councils taking violent actions to prevent violence. I agree with both of them.

I have been a student in a university (I would rather not name it) where JTI has always had a stronghold. I know how it is like to live under the radar of young activists with a customized religious point of view. I am also aware of the councils and how they tend to confront violence with more violence.

Currently, hundreds of JTI members are protesting nearby QAU road to ensure the governments serious involvement in the case. They demand that the students be released immediately and that the councils shall be punished for their actions. Israr Ahmed, one of the JTI’s main student leaders (NAZIM) was also among the five students who have allegedly been kidnapped in the reported incident.

Back to my university, we spend about 2 years having the JTI guys telling us what to do and what not to do. It was until a violent incident where a student was killed that the government took serious action. Politics and all relegio-political groups were banned from any and all activities inside the university premises. It did make the final 2 years peaceful. I feel, it did not solve the problem though.

Why not? The government used force to tackle the situation. They needed to do that to get the situation under control. However, force is never the answer, never the solution. The parties rearranged a few years after and similar stuff started happening again. The answer to this violence is education. Now, I know that most of you would say that the university is already an educational institute. I believe, none of the university courses include the much needed awareness to ensure that code of conduct is followed.

No one can stop anyone from following a religion, a party, an idea or anything for that matter. It is the code of conduct that decides the outcome. It is tolerance that ensures peace. This is what we need to teach our youngsters. We need to teach them that everyone matters. Everyone’s opinion matters.

What are your thoughts on this? 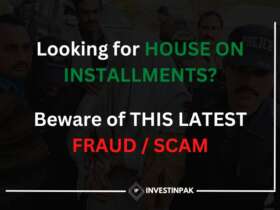